So I got weighed yesterday.
That’s right, weighed.
(Not to be mistaken for anything else that might rhyme with weighed…)

Anyhoo, for me that’s quite the process. I haven’t known how much I have weighed for about five months now. That was when I was in the hospital and the bed I was using could ‘zero out’ so that when they placed me on it I knew the damage. Since then, I have had no way to get on a scale. I can’t simply stand on one like most people can do. I guess I took that for granted when this was doable for me.

There’s so much that I took for granted…

As I have been trying to eat less pretty faithfully now for about five weeks, I figured it was time to get some sort of baseline as to where I stand so to speak.
So I concocted a plan with my personal trainer at the gym I go to. As the scale they have there won’t allow people to ride onto it on a power chair, I needed to figure out how to get from it into a manual chair. We borrowed one of the chairs at the gym and weighed it. Then Eric, an awesome guy that I’ve known now for more than a decade and an amazing trainer, helped me stand up using this standing machine that is there. Then he took my power chair away and put the manual chair behind me. Then I sat on it.
Then he rolled me to the scale and we got a number that was a combination of how much I weigh plus the chair. We subtracted the weight of the chair and now I know how much I weigh.
Easy Peezy right! 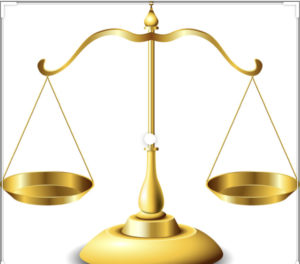 The bad news is that I am 25 pounds heavier than I was before I ended up in the chair. I guess sitting on my ass all day without being able to move much is not great for my manly physique.

The good news is that I now know how much I weigh.
The other good news is that I think not being able to stand on the scale as much as I did before is a motivator. When I used to try and lose weight I would not be able to resist weighing in every single day. But if there was a day where I weighed the same as the day before or a decimal point or two even higher, I would get annoyed and discouraged and stop trying. But now that it is impossible for me to do this each day, the next time I weigh in which will be in about a month I will be driven to weigh less than I do now. I have always been competitive with my own self; trying to break previous bests.
So, here’s hoping that in four weeks I am down from where I am today.